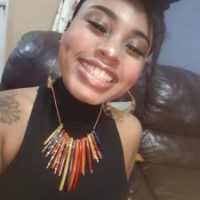 We are proud to announce this year’s winner for our annual scholarship contest: Kayddie Brito-Aisa!

Kayddie is from Norfolk, Virginia and she will be attending Norfolk State University in the Fall. We wish her success as she moves on to the next exciting stage of her life!

You may read about her personal battle below:

When I turned eighteen, I was diagnosed with Systemic Lupus Erythematosus or Lupus for short.

The disease essentially attacks my immune system (including all of my other organs), making it impossible for my body to defend itself against everyday ailments. I have had Elmer’s glue (which is famous for being non toxic) give me lung infections. If unmonitored, the flu can kill me, bug bites lead to hospital visits, I can’t be in direct sunlight too long and mental or physical stress can easily trigger a seizure.

On many occasions it feels like my illness keeps me from doing a multitude of activities. Being around family and friends is always cautionary since everyone is continuously worried about me. It gets worse as I start attending school; my body can not physically handle stress. During exams, it is very hard for me to stay focused because I dissociate. The definition of the word being “Disconnection and lack of continuity between thoughts, memories, surroundings, actions, and identity.” I can be sitting in class, ten minutes may go by and I will not remember any of it. As if I’m asleep with my eyes wide open, except there is no dreaming just a time skip. This sets me back behind my peers because the professor has moved on from the initial topic. It is incredibly frustrating since on the outside, I look ‘normal’. Another name for Lupus is also the “invisible disease” since those who have it do not look physically ill or disabled. This illness shows more of its colors while I am in class since my stress levels go up due to the workload. Making it increasingly difficult to stay focused or even to remember where to go. There have been numerous occasions when I had forgotten where my classes were located, worst time being when I had completely forgot how to write my own name.

I must carry my plethora of emergency medications in case I do feel any hint of having a potential episode or flare up. These prescriptions put a stop to the upcoming seizure but essentially put a halt to all of my basic motor skills. It puts me in an extremely vulnerable position so I try to keep myself surrounded by peers as often as I can. One advantage I do have is the warning my body gives me when I am about to flare up or seize. I lose my hearing, get blurry vision, yawn repeatedly or begin thinking incoherently. Once this happens I usually sit down (if not doing so already) and try to eat something. Occasionally, sugar helps bring up my pressure just a bit to get out of the flare up. If it is a seizure, I ingest my pills, alert my peers and wait for the medications to take effect.

Once I realized all of my symptoms and how much they were affecting me, I was directed to become a student with a disability. The University I am attending will accommodate me with extra test taking time, counseling, tutoring, excused absence notes and the eligibility to record lectures. All of these resources will assist me in making sure I pass my classes despite my illness. I can still flourish in a school setting without letting my Lupus get the better of me. The illness may affect my college life but I will not let it obstruct my path in order to reach my goal; graduation. 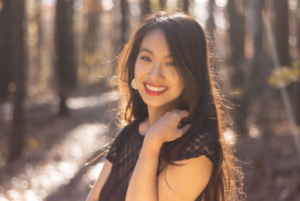 It is strange to start a story with an ending but every ending transforms into new beginning in due time.

My ending begins with fog consuming my head. The world is spinning. My team begins to surround me. I had just fallen from being thrown up into the air a common stunt in cheerleading. I had just received my second concussion.

I had once flourished in academics even with little to no studying, became an officer in several clubs, employed at three different jobs, went running everyday. My path was set, and my future seemed bright. One day my neck began to hurt, I did not think much of it. Course material that used to require a quick skim turned into hours upon hours to finish a single page. What’s happening with me? My eyes still were fixed on receiving that diploma on time along with my fellow classmates so I again did not think much of it.

Then I felt fire. Not the kind you would roast a marshmallow over.My muscle fibers began to ignite. Pain is subjective but for everyone it reaches a limit beyond their capacity. All-consuming flares of fiery pain began to steal your breath and trap your thoughts besides the pulsing drum of blood in your ears. Doctors prescribed an over-the-counter pain reliever and were adamant that I would recover within a year. My neck had lost it’s natural curve due to the fall and the surrounding muscles were becoming strained and enlarged to hyperspasticity. I started to lose range of motion in my neck. Lava began to spread through my spine then hot, burning pressure began to ensnare my brain.But still I was adamant on continuing school. I continued to go to every class, preside every club meeting, complete every shift, see my friends. No one truly knew how condition to worsen, and many did not believe I was in pain at all.

Soon I was forgetting where my classrooms were. Connections between faces and names were fading. Many times I would be in the middle of an activity and suddenly forget what was happening. My professors noticed a drop in my test scores and after a lot of tears it was finally time to listen to my body and go on medical leave. With so many medical bills piling up and bills from neurology, psychiatry, myoskeletal therapy, imaging, etc. yet the pain wouldn’t lessen. Doctors would suggest Tylenol and send me on my way because they believed because I was so young I would overcome it in a week or so. I became utterly ashamed of myself and slowly began to fall into depression. I lost relationships, financial security, and self-esteem. I truly believed there was a large chance I would not ever be financially independent and that I was not strong enough to finish nursing school.

But one day at three in the morning a sprig of hope and tenacity overtook me and I applied for employment despite my chronic pain, and was given a position as nurse assistant in a assisted living facility. They may not know it, but it was the residents who became my heroes. I realized how much I loved caring for others and that sparked my hope to become a nurse one day. I became hopeful again. I know now to appreciate every second that I am not in pain. I am strong enough to rebuild what I had lost: relationships, hope and a new future for myself. I am tenacious and I strive to succeed and where I can support all those who suffer from chronic illnesses, visible or invisible. I suffer from chronic muscle spasms of the head and neck , but despite the pain I am more determined than ever to pursue happy and appreciative life in which I can help those who suffer from illness or injuries and help restore hope in those who have lost hope.

By Allen Law Firm | Posted on July 16, 2019
« Is California a No Fault State?
What Is the Average Car Accident Settlement? »