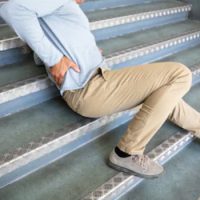 If you are injured due to a hazardous condition on private property, such as slipping on a puddle of water in a supermarket aisle, you can normally seek compensation from the owner under California premises liability law. But there is a critical exception to this rule for private land designated for “recreational use.” Basically, if a property owner permits the public to come onto their land to engage in a recreational purpose–say fishing or camping–then as a general rule they are not legally responsible for any injuries suffered by a member of the public.

Of course, there are exceptions to this exception. One of them is that the owner can be held liable if they “expressly invited rather than merely permitted” the victim to come onto the property. To put it another way, if a property owner advertises their land is available for anyone who wants to engage in recreation, they are protected by the recreational use exemption. But if the owner invites a specific person to come onto the property–say just for a social visit–then they can be held responsible if their guest is injured.

The California Supreme Court recently addressed a related question: Is the property owner liable if their live-in child invites a person onto their property and that person is then injured?

The defendants in this case, Hoffmann v. Young, own property in Paso Robles, California. They constructed a motocross track on the land. One day the defendants’ 18-year-old son, who lived on the property, invited a friend of his (the plaintiff) to ride on the track. While riding their motorcycles, the plaintiff and the defendants’ son collided and both were injured.

The plaintiff subsequently sued a number of parties. As relevant here, the defendants asserted they were protected by California’s recreational use immunity for any injury that occurred on their motocross track. The plaintiff argued that the exception applied, as the defendants’ son had expressly invited her onto the property.

The trial judge held that the “express invitation” exception did not apply since the defendants’ son was not the actual property owner and the defendants had never expressly invited the plaintiff onto their land. Indeed, the judge noted that the undisputed evidence showed that neither defendant ever met the plaintiff prior to the accident. The jury proceeded to return a verdict for the defense.

In reviewing this case, the California Supreme Court held that it was possible for a non-landowner to “extend a qualifying invitation” for purposes of the express invitation exception. The trial court read the rule too narrowly in the Supreme Court’s view. That said, not every invitation made by a live-in child or another “agent” of the landowner qualifies. There had to be proof that the child or agent was authorized to make the invitation “on the landowner’s behalf,” which was not the case here.

If you are injured on someone else’s property, do not assume the landowner can and will pay for your losses. It is important that you speak with an experienced Monterey slip and fall lawyer who can review your case and apprise you of your options. Contact the Allen Law Firm today to schedule an initial consultation.

By Allen Law Firm | Posted on October 3, 2022
« Will My Insurance Cover Me Following A California Hit-And-Run Accident?
Who Can Bring A Wrongful Death Lawsuit In California? »

More on Slip and Fall