Comparative Negligence In California: How To Get Compensation For Personal Injuries, Even If You Are Partially To Blame 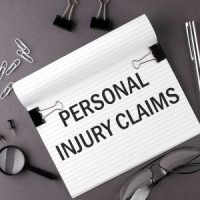 Personal injury claims in Monterey can arise out of a variety of different situations. Slips, falls, and different types of motor vehicle accidents are common causes. When the reckless and negligent actions of others are to blame, you have a right to hold them accountable. However, our Monterey personal injury lawyer explains how you may still be entitled to compensation, even if you were partially at fault.

What Is Comparative Negligence?

Comparative negligence is a legal theory relevant to personal injury cases. Under the California Civil Code, it means you may be entitled to compensation, even if you were partially to blame.

California follows what is considered pure comparative negligence guidelines. Compensation is available, regardless of the degree to which you are at fault. It is in contrast to comparative negligence, which is common in some other states, where you are only entitled to compensation in cases where the other party involved is at least or more than half responsible for your losses.

What does comparative negligence look like in a personal injury claim? The following is an example:

According to the Centers for Disease Control and Prevention (CDC), unintentional injuries send close to 100 million people to hospital emergency rooms each year. Generally attributed to accidents, the fact is that reckless and negligent conduct on the part of others involved is often to blame.

In this type of case, you are entitled to compensation for your losses. However, you may also have been partially at fault for the situation. For example:

While insurance may be in place to help cover these types of accidents, the fact that you were partially at fault is likely to result in denial of your claim. However, a personal injury lawsuit is still a viable option, provided an investigation reveals the other party was engaged in some type of reckless or negligent behavior as well.

To Discuss Your Case, Contact Our Monterey Personal Injury Lawyers

Accidents resulting in personal injuries are often complex. Even if you were partially responsible, you may still be entitled to compensation. To avoid paying out of pocket for medical expenses and other costs, contact The Allen Law Firm. Request a consultation to discuss your case today.

By Allen Law Firm | Posted on October 24, 2022
« Slip And Fall Injuries In Monterey: How To Hold Property Owners Accountable
Recovery From A Car Accident In Monterey Involving An Uninsured Driver »