Close Menu
+
Monterey Personal Injury Lawyer > Blog > Slip and Fall > Can I Sue A Property Owner If I’m Injured While Doing A Job for Them?

Can I Sue A Property Owner If I’m Injured While Doing A Job for Them? 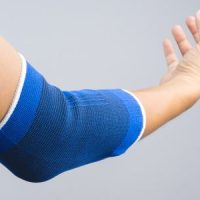 California property owners can generally be held legally responsible when a customer or other invited guest is injured on their property. But what about people hired to work on the property? For example, if a local shop owner hires a plumber to repair a leaky toilet and they are injured while on the property, does the plumber have a case for premises liability?

How the Privette Doctrine Limits Your Ability to Sue

In most cases, the answer is “no.” California courts have created what is known as the Privette doctrine to address such cases. Named for a 1993 California Supreme Court decision, the Privette rule holds that a “person or entity that hires an independent contractor to do work generally is not liable for on-the-job injuries to the independent contractor’s workers.” Basically, it is normally up to the contractor to ensure their employees operate in a safe working environment, not the property owner.

Even with these exceptions, California courts continue to enforce the Privette doctrine quite strictly. For example, in a recently published decision, Miller v. Roseville Lodge No. 1293, the California Third District Court of Appeal rejected a lawsuit brought by a contractor who was injured after falling from a scaffold on a customer’s property. The plaintiff in that case worked for a company that serviced ATM machines. The defendant hired the plaintiff’s employer to move an ATM machine on its property.

The plaintiff needed to check the ceiling to see where he’d need to run cables for the ATM. He asked the defendant if he had a ladder. The defendant said he could use a scaffold that was present. The plaintiff subsequently used the scaffold but it “shifted away from the wall,” according to court records and caused the plaintiff to fall and hit his head. It turned out that one of the wheels on the scaffold was not locked into place.

The plaintiff sued the defendant for negligence. The defendant cited the Privette doctrine as a defense. The trial court sided with the defense and dismissed the lawsuit. On appeal, the Third District affirmed. It held this was not a case where the second exception to the Privette rule–the one for concealed hazards–applied, so any duty that the defendant had to keep its premises safe had been delegated to the plaintiff’s employer.

If you have been injured in a fall on anyone’s property, it is important to seek out timely legal advice. A qualified Monterey slip and fall injury lawyer can review your case and provide you with your options. Contact the Allen Law Firm today to schedule a free initial consultation.

More on Slip and Fall