What Does “Assumption Of Risk” Mean With Respect To A Personal Injury Claim? 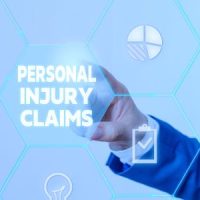 Personal injury claims are based on the defendant breaching some duty of care owed to the plaintiff. To give a simple illustration, if you are shopping at a local market, the store owner has a duty of care to keep its aisles reasonably free of spills, obstructions, or other hazards that might cause you to trip and sustain an injury. If the owner fails in this duty, you can sue them for monetary damages related to your accident.

But there are situations where California law shifts liability away from the property owner. For example, if you choose to participate in a sporting activity, you generally assume the risk that you might be injured. Basically, any “inherently dangerous” activity carries certain risks and the law does not impose any duty on third parties to mitigate such risks. This is known as the “primary assumption of risk doctrine,” and when applicable, it means the defendant owes no duty to the plaintiff to protect them from a specified harm.

Primary assumption of risk most commonly applies to recreational activities, such as riding a bumper car at an amusement park or playing touch football. Most of the time, this means that if you choose to participate in such activities, you cannot sue the sponsor of the activity if you are injured. There is an exception, however, for cases where the owner or sponsor chooses to increase the risk beyond “what is inherent” in the activity.

Proving this can be more difficult than you think. A recent California appeals court decision, Murillo v. Diego, provides an apt illustration. This personal injury lawsuit involved an adult woman (the plaintiff) who was injured at a 12-year-old child’s birthday party. The defendants owned the home that hosted the party.

The defendants decided to rent a mechanical bull for the party from a local business. Several of the children, including the birthday girl, rode the bull. As court records noted, “Although the children were routinely thrown off the bull, none of them suffered any injury or complained about the bull or its operation.”

But the plaintiff was injured when she rode the bull and was thrown off. Specifically, her right thumb was severed. She subsequently sued the defendants for her injuries.

The defendants argued they were protected by lawsuit by the primary assumption of risk doctrine. The courts agreed. The California Fifth District Court of Appeal, affirming a trial court’s earlier ruling dismissing the case, held that “undisputed facts establish the plaintiff was well aware of the inherent risks of being thrown from a mechanical bull.” And there was no evidence that the defendants–who were not responsible for setting up the bull–did anything to increase the risk. As such, they were not liable for the plaintiff’s injuries.

You should never assume that just because you are seriously injured on someone else’s property that they will accept legal responsibility. It is important to consult with a qualified Monterey personal injury attorney who can review your case and apprise you of your options. Contact the Allen Law Firm today to schedule a free initial consultation.

By Allen Law Firm | Posted on November 2, 2022
« How Can Social Media Help (Or Hurt) My Car Accident Lawsuit?
How Does A Criminal Conviction Affect A Personal Injury Claim? »