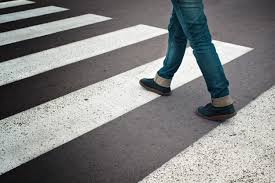 In late 2016, a Monterey woman was walking home from a grocery store. She was crossing an intersection, in the crosswalk. The white pedestrian “walk” signal was lit, telling the woman it was safe to cross the street. A man driving a white pick-up truck approached the intersection. The light was red but the driver was in a hurry; so without ever looking to his right, the driver attempted to make a right turn. The front of his truck struck the pedestrian squarely on her left side. The force of the impact knocked the woman to the ground. The woman hit her head on the pavement and immediately lost consciousness.

The injured woman was hurried by ambulance to a Monterey County trauma hospital, where she was evaluated and treated for injuries to her head (concussion), neck, leg and back. Since the incident occurred, the woman has continued to suffer serious lingering health problems, including excruciating pain in her head and neck, memory problems and seizures due to her head injuries.

The injured woman hired our firm’s personal injury attorney, Scott Allen. Our lawyer contacted the truck driver’s insurance company, and convinced the insurer to pay the maximum amount of money available under the insurance policy, namely $100,000.00, to compensate our client for her medical bills, pain and suffering and emotional distress. Not satisfied that this settlement fully compensates our client for her injuries, our legal team is preparing to make a claim to recover additional compensation from our client’s underinsured motorist insurance (part of the client’s own car insurance policy).

Call us today for a FREE CONSULTATION.